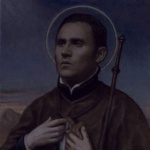 What Is a Man For?
Por Karen Rinaldi.

By the time I was 33, I had already been married and divorced twice. There were no regrets. I loved each man I married and carry with me great affection for them still, even though the end of each union came with its own pain.

My first marriage fell apart when my husband’s struggle with sexual identity manifested itself in lies that eroded my trust and ultimately ended his life.

It was the early days of the AIDS epidemic. When he discovered he was H.I.V. positive, he lied to me about his secret life with anonymous men and blamed his infection on my previous boyfriend.

He admitted the truth only after we received the good news that I had tested negative. I was tested every six months for the next two years and lived with the terror that I would seroconvert. We divorced, but he asked me to be the keeper of his tortured secret, and we remained close until the day he died just before his 33rd birthday.

I married my second husband after only one date. I had been so wrong about my first, I wondered: What would happen if I married someone I didn’t know?

I was testing the universe.

He was handsome, strong, accomplished and funny. But after a few years of dating backward (we married without knowing each other and spent the next three years becoming familiar and intimate), I realized I couldn’t live with him. He was possessive, and my need for freedom didn’t make for a secure marriage. He referred to me as “my wife” even when speaking to my own father.

Besides the two marriages, I cohabitated with two other men and dated others. A serial monogamist, I found that at every turn I was constrained by issues of, well, maleness. There was a kind of inherent dominance that tipped the balance of power away from me, and I often felt I was playing a role.

Continue reading the main story
Money was often a factor in these early relationships, and eventually I came to believe in these unassailable truths:

1. If the man made more money, then you were doing things his way.

2. If he was broke, he resented your ability to support him.

3. If there was economic parity, he made sure you knew who was really the boss.

Once, when I was breaking up with a long-term boyfriend, my therapist asked me why I was anxious. “Is it because you are afraid you will be alone?” he asked.

“No,” I told him. “It’s the opposite. I am afraid we’ll break up and there will be another right behind him.”

My mother tried to figure it out as well. “Why have you had so many failed relationships?” she asked.

It was the finite part that felt most right. She has been married to my father for 60 years, which some may call successful. While I love my parents dearly and respect their endurance, I didn’t want to repeat their dynamic.

She had a lifelong fear that he would cheat on her. He monitored all of her spending. He had a social life outside of the house. She didn’t do anything without him. Their marriage was based on an age-old patriarchy, and they didn’t see anything wrong with it. I did not wish to live my life similarly.

Once my second husband moved out, I was resolute about never getting married again. I bought myself a coveted band of gold with sapphires from my favorite jeweler that I put on my left ring finger and wear to this day.

I cherished living in my village apartment alone; lovers could come and go as I pleased. There were no schedules or egos to contend with. I was happy. Resolved only to having children, I needed a plan.

I was already supporting myself. I figured I would manage as well with a child, so the idea of being provided for was moot. Besides, I preferred having my own money and therefore my own agency.

The notion of protection was not only outdated and unnecessary, it was an idea that had failed more than it had succeeded, both historically — men have never really been able to protect women from other men — and personally. As far as procreation, I needed a second gamete and I would be on my way to motherhood.

I called a friend and asked: “What’s a man for, really? If not to provide, protect or procreate, why do we need them? Face it, it’s the end of men.”

She laughed and admitted it was a confusing time. After many long conversations with her, I decided to conceive with a willing gay friend and committed to being a single parent. The only questions he and I had to decide on were: To baste or not to baste? Or do we do it the old-fashioned way?

Because life does not work according to plan, I then fell in love — most inconveniently — with a man who was married and had a family. We had grown close as confidantes. As a friend, he told me about the problems in his marriage and difficulties in his career as a writer. I told him of my frustration with coupledom and my plans to parent alone.

The fact of his marriage was initially a welcome barrier to the possibility of a romantic relationship. Once we became lovers, he told me he didn’t want me to have a child with my gay friend. Instead, he wanted me to have a child with him and share our lives together. An affair I had entered blithely had turned messy and emotionally wrought.

That shouldn’t have come as a surprise: What affair isn’t messy and emotionally wrought? But it shattered my sense of certitude about what I wanted. I had finally shaken the binds of convention I had been raised to accept. Now this.

My father interjected this time and asked, “Why do you make your life so complicated?”

I only objected to the word “make.” I wasn’t trying to complicate things; I was trying to simplify them by figuring out something essential that eluded me. What did I need a man for?

Clearly I kept coming back around to that strong pull, one I couldn’t reason away. Was it an atavistic urge? An evolutionary imperative? I didn’t buy that.

Still, my attraction to men and my desire for a deeper connection with a partner was as unavoidable as my need to breathe. I loved living life by following my own compass, and yet somehow this had entangled me in a monogamous relationship again, one with major consequences.

I still had doubts that women and men could live together in anything approaching harmony. We had a long way to go to become equals, both in the world and in the home.

And the historical and political implications were personal for me. I was certain of three things: I didn’t want a husband, I did want a child, and I wasn’t sure how it all stacked up.

Twenty years and two children later, I am still with that same man. I don’t need him, but I want him in my life. He doesn’t protect me from others, only from my worst instincts. And as far as procreating, well, we did it the old-fashioned way and that will never get old. When I made him promise never to propose marriage, he said, “O.K. … ”

Ironically, six or seven years into our relationship, our accountant persuaded us to head to the town hall. Marrying allowed us to capture the tax benefits that marriage confers.

My husband and I still don’t know the year and date of our civil ceremony without consulting our marriage certificate, wherever it is.

We have shared the joys of raising our two sons and his two daughters with balance and grace — except, of course, when we have failed to find either balance or grace. But we have muddled through.

I go to work every day and he stays home to write. He does laundry and cooks during the week. I do the same on the weekends. He takes care of our home. I pay the bills.

He is comfortable in his masculinity and doesn’t need to remind me of who is boss, because in our relationship there isn’t one. Our lives are shared at every level and I realize now what a man is for.


He is a true partner. He is a lover and a friend. He is the father of my children and the only one in the world who cares about the minutiae of their lives like I do.

What could be better than that?